After a brief hiatus, Sue Ray will be performing this coming Sunday 24th July with a number of other local stars of the art and music world for the closing/relocation celebrations for The Burrow in West End.
There will be six 2 hour performances spread throughout the day, starting at 7am through to 9.30pm, followed by a dance party till late.
Other acts include Christopher Allery, Michael David Thomas, Theatre of Thunder, Cello Bordello, XYZA, Shaun D’Souza, Andrew Collins, Cusackistan, The Burrow Art Collective and The Neighbourhood Kids Collective.
For all information, artist set times and tickets please visit:
tix.yt/into-the-rabbit-hole
www.facebook.com/theburrowwestend 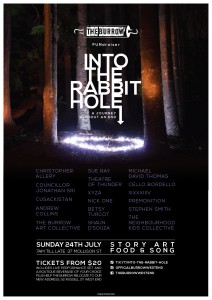 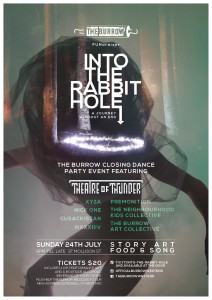 Sue Ray is thrilled to be performing alongside the legendary Mr John Cowan (of  The John Cowan Band AND The Doobie Brothers) this coming Saturday 30th at the Viva Nashvegas Radio Show in Franklin.

Show starts at 11am at  The Legendary Kimbro’s Pickin’ Parlor in Beautiful Downtown Franklin in The Americana Music Triangle!!!

The performance will be aired live and filmed, to be streamed online a week later.

For all details please go to:

Sue is so excited to finally have the chance to play with one of her favorite Australian performers Lachlan Bryan at The National Underground this Saturday 25th October.

Lachlan Bryan (2014 CMAA Award winner for Alternative Country Album of the Year) is currently on his Black Coffee USA 2014 tour and will be making a much desired pit stop in Nashville to perform a set of his latest tunes.

Sue Ray and fellow Australian singer songwriter Lee Griffin will be joining Lachlan for the evening. 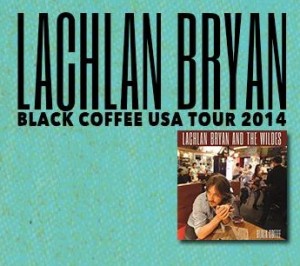 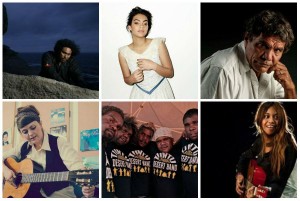 All here at Sue Ray camp have been thrilled to be included on a list by Triple J’s online radio station Double J of Australia’s Most Exciting Indigenous Acts of 2014. Such wonderful news and a great honor to be included with other such fantastic performers.

Outdoor Theater: For the Love of Music: The Story of Nashville 8 p.m.

Filmtastic Affair: Benefit with tastings of food and spirits from the cities and a live auction of spirits: 6 – 8 p.m.

For further details of events please go to:

PRESENTED BY BRISBANE POWERHOUSE AND TOPOLOGY

With an all-star band, Carol Lloyd from “Railroad Gin” fame and Sue Ray present ‘It Takes Two, Baby!’ – 90 minutes of rolled musical gold, with rare footage, backstage secrets and all their favourite songs from the 60’s/70’s!

From The Everly Brothers to Elvis’ ‘Love Me Tender’, the Righteous Brothers’ ‘You’ve Lost that Lovin’ Feelin’ to Jagger and Bowie’s ‘Dancing in the Streets’, there will be Motown sounds and grooves laid down from hit songs of their own!

‘So hold on!… I’m comin’… these deadly divas are gonna really rock your cot!

With special guests Christa Powell and John Babbage from Topology, ‘It Takes Two, Baby!’ celebrates the days when ‘fros were big – and ballads even bigger! Sue Ray’s father and Toowoomba based music living legend Owen Ray will also be appearing.

INSPIRED BY
Two women from different musical backgrounds, who admire each others work, and enjoy singing together.

KNOWN FOR
Railroad Gin, The Carol Lloyd Band – Carol was Australia’s first Rock Chick – Australia’s Wild Woman of Rock / Sue Ray has been singing since she was about 4, with her dad, Owen Ray who had a band called The Countdowns since the 60’s. She is now based in Nashville and her latest album is called Red Roses.

Sue Ray is living the dream with week when she gets to perform with one of her favorite country stars from Austin Texas Mr Dale Watson & His Lonestars.

Dale Watson and His Lonestars will be touring Australia this November. Anything but understated, their live shows are full-on honky tonk with a driving rhythm section, tight electric guitar solos and the lonesome twang of pedal steel.

Dale Watson is a country music maverick, a true outlaw carrying on where Waylon Jennings left off. A member of the Austin Music Hall of Fame, he stands alongside Waylon, Willie Nelson, and George Strait as one of the finest country singers and songwriters from the Lone Star State. Dale has established himself as one of the forerunning crusaders against the “Nashville Rash” that has been plaguing the country music industry. He also championed his own genre of original music called “Ameripolitan”, a genre Dale Watson describes thus: “Americana is original music with prominent rock influence, Ameripolitan is original music with prominent ROOTS influence.”

This year has seen Dale Watson release his 21st album, El Rancho Azul which was recorded at Willie Nelson’s Pedernales Studio in Austin to critical acclaim. This 2nd album on Grammy Award Winning Label Red House Records follows hot on the heels of his classic The Sun Sessions, which was recorded at the fabled Memphis studio and evokes the era of Johnny Cash, Elvis, and Carl Perkins.

Following an appearance on Letterman and shows appearing alongside Dwight Yoakam and Old Crow Medicine Show, the man who embodies what country is, was and should always be, has been keeping himself pretty busy. With fans like Willie Nelson, and comparisons to Waylon Jennings and Red Simpson Dale Watson and His Lonestars follow in the footsteps of the early country stars but with a distinctive style and sound all their own. Tattooed and always dressed to the nines, Dale is a true entertainer, mixing humour and pathos into his lively shows.

Sue Ray is an indie solo artist with an impressive career. She has been performing professionally for over 15 years both locally and internationally; and in that time, she has released two critically acclaimed albums, Red Roses (2011) & Best Beware (2008).  This year, she has been nominated for Female Artist Of  The Year award in the QMusic & Courier Mails People’s Choice Awards and Most Promising New Talent in the Deadlys.

“Sue walked on stage and my jaw hit the ground. Her voice was so strong and confident. Her guitar playing is excellent and her songs heartbreaking. A consummate performer”- Live Review, Mardi Lumsden-612 ABC Radio

Special guest Emily Foster,  is a 16-year-old singer-songwriter with a prolific repertoire of original songs. who has been working up a busy performance profile. Emily strives to share her stories and experiences through her music and wants to be known in her community as a proud Indigenous performer who will speak up for people’s rights.

Queensland performer Sue Ray has risen to acclaim with her debut album about heartbreak and self-discovery.

You can view the interview and performance here:

Sue Ray has just returned from Nashville where she was writing for her next album and is thrilled to be performing her first show with her favorite Australian band The Kill Devil Hills as part of their Past and Future Ghosts Tour.

Brisbane band Shifting Sands will also be joining the line-up for what is set to be a huge night.

Tickets are selling fast so you can pre-purchase yours here at:

About the Kill Devil Hills:

Ten years after first banging out tunes around Perth in 2003, the Kill Devil Hills are set to release their first live album, Past and Future Ghosts, recorded on a balmy March night earlier this year at a n old Gothic ex-asylum/now-arts centre in Fremantle, WA.

Comprising live versions of songs from the band’s 3 studio albums and other single releases, as well as 2 previously unreleased tracks, this reveals the full feverish range and breadth of the band on stage, thunder through to tender.

About to step into the studio to record a new album, the band will be doing a breakneck run of 5 cities in early November to launch the live album release. This will be available on CD at shows, and digitally via Bandcamp.